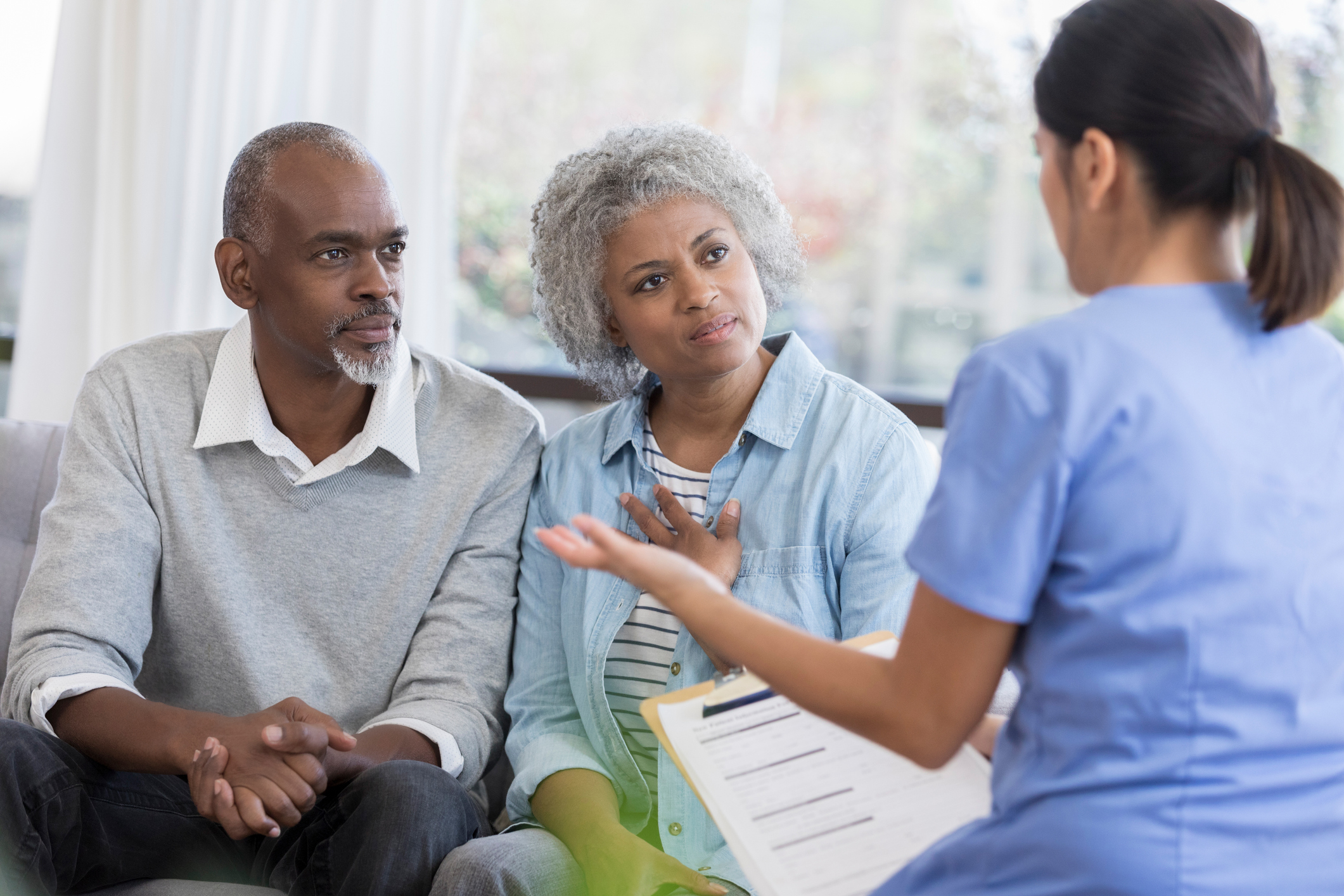 Occupational exposure to asbestos is one risk factor for developing mesothelioma.

Mesothelioma is a rare cancer that develops after being exposed to a toxic substance called asbestos. Many people were unknowingly exposed to asbestos for the majority of the 20th century. It usually takes between 20 and 50 years for mesothelioma to develop after exposure, making the disease more common for seniors than younger age groups.

Out of the 3,300 people diagnosed each year, a large majority of cases involve seniors between the ages of 50 and 70. A patient is usually diagnosed after receiving a biopsy, which occurs after imaging tests show the presence of abnormalities in the linings of the lungs, abdomen or heart. Common symptoms include a persistent cough and pneumonia-like effects.

Depending on the stage, a typical mesothelioma prognosis can be anywhere from a couple of months to a few years. With aggressive treatment and an early diagnosis, there are situations where patients can extend their life expectancy. Treatments vary depending on each case and can include surgery, chemotherapy or a mix of the two.

Asbestos is the only scientifically proven cause of mesothelioma. Here are the main types of exposure that could increase your chances of developing mesothelioma.

For decades, many occupations involved the use of, and exposure to, asbestos. Before commercial production and use of the carcinogen was regulated, companies often used the mineral on an everyday basis. They relied on this material due to its fire-resistant properties and cheap production costs, two appealing traits that led many companies to ignore the dangers.

People who worked in the military, automobile trades and construction industry were likely affected the most. Professions such as shipyard workers or electricians were other occupations highly exposed.

Most, if not all, of the branches in the military used asbestos materials heavily. Asbestos was a readily available material that had insulating and fire-retardant properties, which made it perfect for naval vessels or vehicles. Today, veterans make up one-third of mesothelioma patients, the largest group of people diagnosed with the disease. Many occupations in the military put veterans at high risk of asbestos exposure. These include boilermen, construction engineers, and shipyard workers.

Asbestos is a mineral that can be found underground. When undisturbed, it does not pose a threat. However, if disturbed and above ground, it could release fibers into the air or soil. Although it’s a rare cause for disturbing asbestos, run-off land erosion can also play a role in contaminating water supplies such as rivers and lakes with asbestos particles.

According to the Agency for Toxic Substances and Disease Registry, people near natural asbestos deposits should take precautions because they could be exposed by digging or shoveling dirt. Running, biking, or off-roading on unpaved surfaces can also cause asbestos fibers to be released into the air.

Some mesothelioma patients never worked around asbestos, but they still could have been exposed. Many people went to work in occupations that used asbestos heavily up until the 1980s. These men and women were not only being exposed to asbestos on a daily basis but also unknowingly bringing asbestos fibers back into their homes.

This form of exposure is called secondhand exposure and put the worker’s family members and friends at risk, as this toxic substance could easily be transferred from clothing and hair. Even the simple task of doing laundry could have indirectly led to breathing in asbestos fibers.

Live Free Home Health Care, the top-rated provider of in home care in Franklin, can help make life easier and less stressful for those with mesothelioma. Our highly trained and compassionate caregivers are able to assist with personal care, housekeeping, physician-approved exercises, and so much more. Call us at 603-217-0149 to get started!

Beyond the Winter Doldrums: How to Help Seniors with Anhedonia

Wellness Advice for Seniors in 2023

The Link Between Diabetes and Kidney Disease: Take Steps to Cut Your Risk!

This November, Honor the Family Caregiver

Plan Ahead for a Speedier Recovery when Surgery is Needed

Stubborn, Reluctant, in Denial? Does This Describe Your Aging Parent When it Comes to Accepting Care Assistance?

The Dangers of Sleep Deprivation in the Elderly

Your brain on good nutrition – Proper diet can protect against dementia

Live Free Home Health Care Nurse Does What She Does Best

Are Your Loved Ones Maintaining the Best Quality of Life Possible?